RSEC maintains partnerships with a multitude of exemplary scholars. Project leads are selected based on their content knowledge, ability to successfully lead a project, and history of forming cohesive, long-lasting relationship with clients. Their teams meet clients’ needs and have the full support of the RSEC community. Click on individuals’ names for background on RSEC associates.

Before focusing on school finance policy, Goetz was a Researcher with the Consortium for Policy Research in Education (CPRE) at the University of Wisconsin—Madison. Prior to joining CPRE, he managed K-8 educational centers for Score Learning, Inc. in New York and taught middle school math and science in Kansas City. 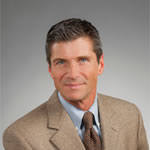 Trained as a quantitative methodologist at the University of Chicago, Dr. Borman (Ph.D., 1997) (measureddecisions.com) is a Professor of Education Leadership and Policy Analysis, Educational Policy Studies, Educational Psychology, and Sociology at the University of Wisconsin—Madison. In addition, he is the Director of the University of Wisconsin’s Predoctoral Interdisciplinary Research Training Program, and a Senior Researcher with the Consortium for Policy Research in Education. Professor Borman’s main substantive research interests revolve around the social distribution of the outcomes of schooling and the ways in which policies and practices can help address and overcome educational inequality. His primary methodological interests include the synthesis of research evidence, the design of quasi-experimental and experimental studies of educational innovations, and the specification of school-effects models.

Over the past ten years, Borman has led or co-directed fourteen major randomized controlled trials, which have included randomization and delivery of educational interventions at the student, classroom, school, and district levels. He has conducted three recent research syntheses, including a meta-analysis of the achievement effects of 29 nationally disseminated school reform models. Finally, other recent projects reveal the consequences of attending high-poverty schools and living in high-poverty neighborhoods and uncover some of the mechanisms through which social-context effects may be manifested.

Rhonda Broussard is an International Education Entrepreneur. She views education as her social justice issue and has been a leader in diversity and international education initiatives throughout her 23-year career in public education. In 2007, Rhonda founded St. Louis Language Immersion Schools (SLLIS), a charter management organization designed to be Missouri’s first K-12 immersion and International Baccalaureate education continuum. SLLIS is an intentionally diverse school community and is the first public school in the US to offer this rigorous academic model to a majority minority student population and socio-economically diverse student population. Under Rhonda’s leadership, the first three schools in the network became IB World Authorized Schools, and SLLIS achieved an AYP of 92%, equivalent to Accreditation with Distinction from the Department of Elementary and Secondary Education. Rhonda served as President of SLLIS until June 2015.

Rhonda is a Pahara-Aspen Institute Fellow and a member of the Aspen Global Leaders Network. Rhonda is a 2014 recipient of the Eisenhower Fellowship for International Leadership. During her fellowship she studied whole system education reform and teacher education practices in Finland and New Zealand. Rhonda serves on the Board of Directors of PROMO Missouri and the Missouri Charter Public School Association. Rhonda has received numerous recognitions including 2008 30 Leaders 30 Years by Breakthrough Collaborative, 2009 St. Louis Luminary by St. Louis Magazine, 2010 Buzz List by ALIVE Magazine, 2010 YMCA Strong Kids Zealot by The Monsanto Family YMCA, 2012 Diverse Business Leader by St. Louis Business Journal, 2013 Social Sector Excellence Award by St. Louis New Leaders Council, and 2015 People Who Inspire by Delux Magazine.

Rhonda Broussard is a native of Lafayette, Louisiana. Rhonda has taught French in public schools in New York City, Connecticut, California and St. Louis and has earned National Board Certification, the most prestigious teaching credential in the United States. Rhonda completed her undergraduate studies in French and Secondary Education at Washington University in St. Louis and a Master of Arts degree in French Studies from New York University’s Institute of French Studies. Growing up in Louisiana, she was inspired by the idea of the francophone world and has dedicated herself to continuing to explore the connections between francophone regions. As a result, in addition to learning French since childhood, she has studied and conducted research in metropolitan France, Cameroon and Martinique. Rhonda began her education reform career as a teenage staff member with the Breakthrough Collaborative in New Orleans, Kansas City and San Francisco. Rhonda and her bilingual family live in St. Louis City and use the One Parent One Language method. Rhonda studies, performs and occasionally teaches traditional dances from the African diaspora.

Dr. Dr. Lisa M. Dorner is an Associate Professor at the University of Missouri-Columbia. Her research expertise centers on bilingual education, policy implementation, and immigrant family integration, especially in “new” spaces. Lisa’s publications can be found in the American Educational Research Journal, American Journal of Education, Educational Policy and the Journal of Educational Change. She teaches undergraduate courses in child development, graduate courses in research methods, and specialty courses on the theories of human development, language education, and migration.

Since 2007, Lisa has conducted program evaluations for non-profit organizations, universities, and K-12 school districts. Most of this work has centered on questions of school climate, service-learning, and leadership. She uses both quantitative and qualitative methods to ensure that stakeholders understand not only the impact of their projects, but also the processes of their implementation; this ensures that organizations can scale-up effective programs, or appropriately change ineffective ones. She also works with local agencies and educators to develop online curricula and conversations about the immigrant experience (www.lacesproject.org) and the development of language immersion education. With colleagues, she co-founded the Missouri Dual Language Network in 2014 (www.modlan.org).

Lisa received her Ph.D. in Human Development and Social Policy from Northwestern University in 2006. Previously, she worked as an Assistant Professor at the University of Missouri–St. Louis; a Program Director at Education for Global Involvement in Chicago; a Japan Exchange and Teaching (JET) Language Teacher in Niigata, Japan; and an instructor at the City Colleges of Chicago. She holds a B.A. and M.A. in English, and considers herself an “emerging bilingual” (Spanish). Read more at www.lisamdorner.com. 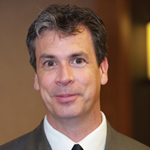 Mike Griffith is the School Finance Director for Education Commission of the States (ECS) and works as an independent school finance consultant. His clients include: the Ford Foundation, Pew Charitable Trusts, RSEC, and Lawrence O. Picus & Associates. He has worked in the field of school finance policy for the past 17 years with ECS, the consulting firm of Augenblick & Myers, and the Michigan State Senate.

Griffith is a recognized national source for the collection and analysis of state-level education data, including literature reviews, in-depth research and analyses of primary sources (including state budgets and legislation), and multiple levels of quality checks and controls. Griffith is known for his accurate and dependable evidence-based research, which he has expertly conducted on a wide variety of education issues, including school finance – both as an independent contractor and as an analyst with the Education Commission of the States.

Griffith’s research has focused on the condition of state budgets, the adequacy and equity of state finance formulas, and promising practices in funding programs for high-need students. Griffith has been part of school funding studies in Connecticut, Kansas, Maine, Minnesota, Montana, South Carolina and Vermont. While at ECS, Griffith has worked with policymakers in all 50 states to reshape their school funding systems with the goal of improving student achievement. Griffith is an expert resource to national news media and has been quoted over 250 times by such outlets as: CNN, Education Week, NBC Nightly News, National Public Radio and The New York Times. 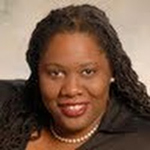 Dr. Adriane Williams works toward equity and is currently intrigued by collective impact. She is deeply engaged in collective impact work in Memphis, TN through Strive Mid-South, a member of the Strive Together network. She enjoys using her professional and personal life experiences to engage in and facilitate the kinds of difficult conversations necessary in the pursuit of equity.

Most recently Williams was an assistant professor of education policy at West Virginia University (2008-2012). Prior to entering academia, she provided research and intervention support to large urban school systems across the nation with the Council of the Great City Schools.

Williams uses qualitative research methods to examine organizational dynamics around working with poor and working class families. She focuses on challenges to policy implementation, program effectiveness, and schooling outcomes that can stem from school and family conflicts. She has worked with teams to advise large urban school systems (e.g., Buffalo, NY; Wilmington, DE; and Kansas City, MO) on systemic reform. And she has worked with research and assessment directors in over 50 of the nation’s largest school systems in translating the rapidly increasing amounts of data into recommendations for change in school level practices.

Williams received a B.A. in Economics and French from Wellesley College; an M.Ed. in Secondary Education with concentrations in English as a second language and French from George Washington University; and a Ph.D. in Educational Policy Studies from the University of Wisconsin-Madison. She received both a Wisconsin Advanced Opportunity Doctoral Fellowship and a Wisconsin-Spencer Doctoral Research Program Fellowship.

RSEC brings together an experienced, skilled, and committed team of professionals who work collaboratively with clients to meet study objectives.

RSEC Receives Funding From the Bill and Melinda Gates Foundation 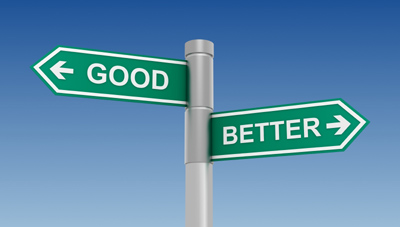 We have worked with RSEC for over a decade. Their team consistently exceeds expectations of knowledge, determination, and professionalism. — Larry Picus, Picus Odden & Associates